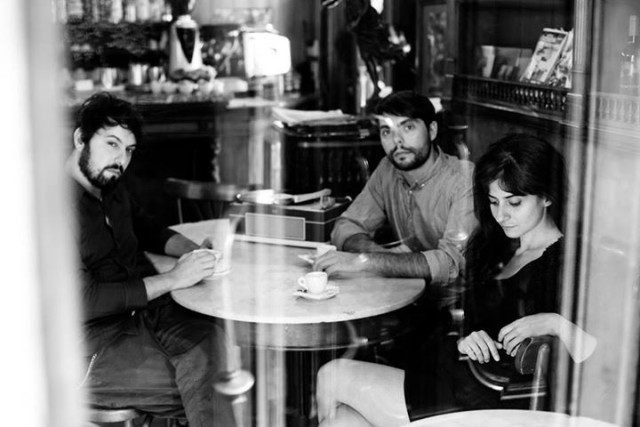 She whispers words, sounds and emotions that build an intimate and unique bond with those willing to listen. Her music reveals an utmost personal tale that unties the bundle of pains and pleasures life gave or took off from her hands. Each time she sings, she becomes part of the story: one of her own, where the listener is up to join and trace every step.

Paola Fecarotta is trumpetist, vocalist and guitarist.
Fed with music since she was a child, she attends the Saint Louis School of Rome [Italy] and in 2009 she moves to Netherlands to study jazz at the Conservatorium of Amsterdam. During December 2013 Paola undertakes her own musical guitar&vocals project called armaud, soon after supported by Marco Bonini [Mamavegas] on guitar and Marco Mirk [Cayman The Animal] on drums&electronics.

There’s a time to accumulate and a time to sort out, both inside and outside.

armaud put her life into order by writing her songs: all the tracks from ‘How to erase a plot‘ were inspired by moments she really faced. As already mentioned in the title, her writing has been a cleansing process allowing her to clean parts of her own plot.
To erase a story means to make room for a fresh new start while becoming aware of the mistakes already done.
Not really faults, rather than bad habits each one of us can change with just a little effort

A delicate, lo-fi & dreampop (as well as sad pop and trip hop too) record full of bittersweet melodies tasting of an early Cat Power or a soothing PJ Harvey and where the refined arrangements remind us of Daughter atmospheres. Ten enchanted songs that leave us with the chance of being surrended by thoughts and memories, floating in a suspended time.